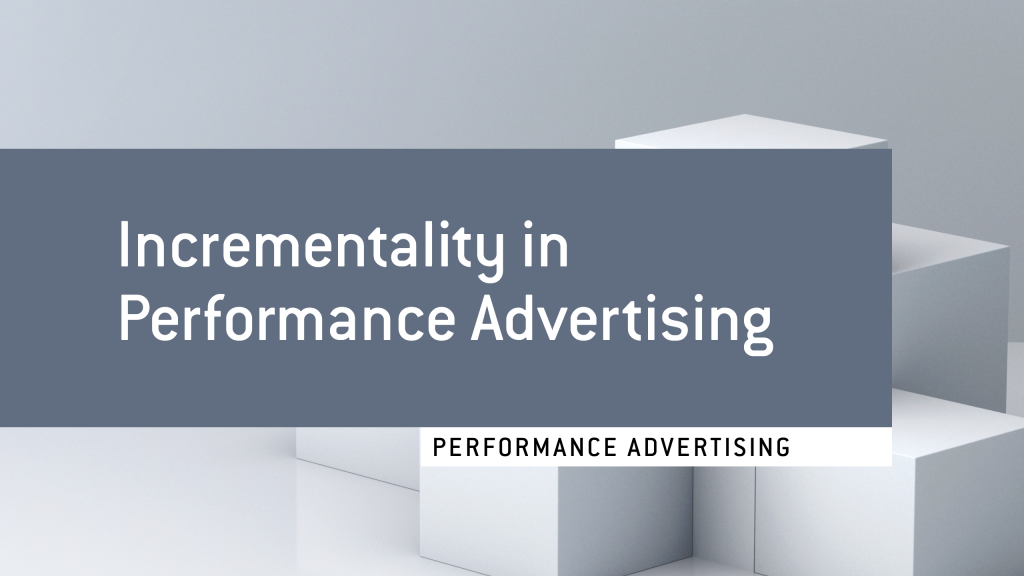 The topic isn’t new. In fact, retailers have struggled with its premise for over 100 years. John Wanamaker founded a successful department store back in 1888. He ploughed lots of money into advertising, and his observation remains just as relevant today.

“Half the money I spend on advertising is wasted; the trouble is, I don’t know which half.”

Digital marketers jostle for attention in a crowded market. And ad budgets don’t grow on trees – they should be chaperoned with maximum care. There are two ways to waste ad spend.

Reason 2: Invest budgets into ads where customers would have converted anyway.

So how can we ascertain whether our customers would have purchased our products if they hadn’t seen our ads?

Let’s say you’re an eCommerce business. If you operate like most companies in the industry, you run your ads campaign with the express intention of generating revenue.

After your campaign has ended, you observe the fruit of your labors (the revenue driven by the ads you ran), and initial signs look positive.

Your campaign did well. Congratulations: You achieved a satisfactory ROAS.

But what would have happened if you had switched off your ads? What effect might you expect that to have had on your final revenue?

Optimal budget allocation unites all marketers when it comes to ad campaigns. But getting this right requires us to distinguish between two types of revenue.

You want to assign your ad spend so that it maximizes incremental revenue (i.e. what shoppers buy as a result of seeing your ads) rather than revenue from shoppers who would have bought your products anyway.

Interpreting this distinction remains a challenge for brands. Data by Forrester – which covered a recent boycott of Facebook ads – highlights this uncertainty. According to the research firm, “[…] very few people have dissected what is truly incremental versus what would have happened anyway.”

Successful marketers are those who inform their attribution models with their test results.

The ability to master incrementality separates the most effective advertisers from everybody else. Today’s marketers have forensic-level reporting tools to play with.

But even though it feels like testing should be a straight-forward process, it isn’t. Third-party reporting stokes the fire of uncertainty, overvaluing some channels while undervaluing others.

Your success depends on combining healthy cynicism of third-party reporting with a scientific approach to testing. And that starts by questioning your KPIs.

Attitudes to Incremental KPIs are Changing

Each year, Crealytics surveys major retailers about their performance metrics. The State of KPIs (2020) revealed a shift in attitudes to campaign measurement.

Return on Ad Spend (ROAS) persists as a dominant KPI for retailers. But this time it only made #2 in the Top 5 list of industry metrics perceived to be “most important.” Decision makers cited incremental revenue as their #1.

They still value a metric (ROAS) that fails to take incremental revenue into account. But the #1 spot indicates that they place major impetus on having an effective yardstick for evaluating their campaigns. Only when marketers know a campaign’s incremental impact can they get more from their ad spend.

Adopting incremental ROAS solves the problem. But how can we adapt traditional ROAS measurement so that it accounts for incremental revenue?

So far we raised a question that gives marketers sleepless nights: What happens to your campaign’s performance if you switch off your ads?

Knowing the incremental as opposed to nominal revenue your ads generate remains a key tenet of successful advertising. But despite its lofty status, incremental value clashes with the status quo (i.e. ROAS-based measurement).

How can we reconcile these two, opposing metrics? Let’s start with exploring the latter’s popularity.

For many years a culture of immediate results has awarded marketers based on how efficiently they spend their budgets.

ROAS sparkles in this respect. It does a great job of summarizing the top-line revenue accrued. And because it treats all revenue as equal, marketers have simple, obvious techniques at their disposal to hit their targets.

This supports a vicious cycle. In a data-driven world, ad budgets will always flow to the campaigns which express the most efficient relationship between ad spend and revenue.

What are barriers to incremental advertising?

We know that wasted ad spend can hide behind great-looking ROAS numbers. We know that measuring for incrementality transforms efficient campaigns into effective ones.

So why don’t more retailers test for it? Technical challenges are one barrier. Our respondents put incremental revenue on a pedestal. But only 4 in 10 measure for it, citing everything from internal resistance to lack of resources.

Confusion around terms may be another – because incremental performance can be expressed in two ways.

We’ve already mentioned one of them – incremental ROAS (iROAS). “Conversion Lift” is the other. Both represent the same concept – they just frame things differently.

Incrementality test aka “the glass is half empty”

Incrementality reflects the “glass half empty” approach to testing. Looking at the below example through this lens, we surmise that only 50% of the reported ad revenue was incremental.

The non-incremental half was attributed to ad spend, even though that ad spend wasn’t  needed to drive that revenue.

Conversion Lift aka “the glass is half full”

Conversion Lifts, on the other hand, reflect a “glass half full” approach to framing test results.

Instead of focusing on the fact that only half of the attributed revenue came via ads, we focus on how much value was added on top of the non-incremental revenue.

Now you know why so many specialists in this field offer Conversion Lifts as opposed to incrementality tests!

How to apply and use incremental ROAS in paid marketing channels

Your iROAS puts your equivalent, nominal ROAS numbers into stark contrast. But how do you define iROAS as a value in each of your marketing channels?

This happens by multiplying your ROAS with the channel’s’s incrementality factor. When you know this, can inform the extent to which you increase (or decrease) future investment.

Look at the examples below, for which each channel’s ROAS expresses an increasingly inverse iROAS value. The table below uses an imaginary ROAS target of 7 and an iROAS target of 4.

Based on its ROAS figure alone, marketers overseeing Channel A would likely increase their budget.

But under the microscope things change – it shows very little incremental value, and should instead be subject to decreased budget. This is a typical example for Brand or Retargeting campaigns.

When marketers start optimizing for incremental performance, their paid channel’s nominal ROAS performance starts to look worse, despite that decision creating more of a business impact.

Why does this happen? Because when non-incremental conversions are no longer intercepted by the type of campaigns that thrive off them (Retargeting and Brand campaigns), they are attributed to direct or organic channels instead.

To demonstrate this, we ran a real-life experiment that showed a Facebook campaign’s true impact on sales when taking incremental ROAS into account. In the original allocation, upper funnel prospecting ads took up half of the budget share. Mid- and lower-funnel activity absorbing the rest.

But adjusted for optimal incremental performance, lower-funnel spend ended up flowing to mid- and upper-funnel activity. iROAS improved from 2.5 to 2.8, bringing 12% more incremental revenue.  And yet, viewed through a nominal ROAS lens, re-allocating budgets appears to decrease marketing performance by 13%!

Stay tuned for our next post: How to perform the perfect lift test in paid social. 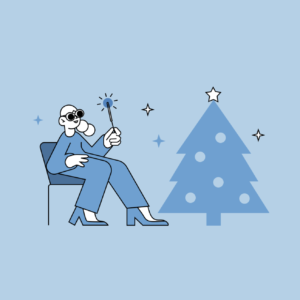 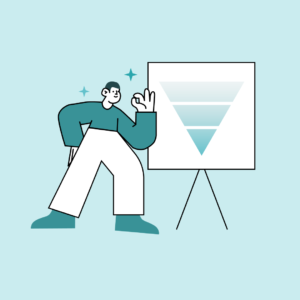 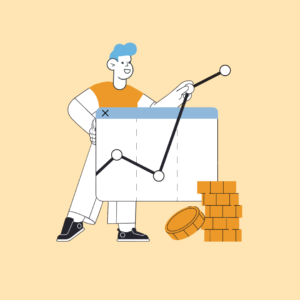 How to Boost the Profitability of Your eCommerce Business (5 Steps)